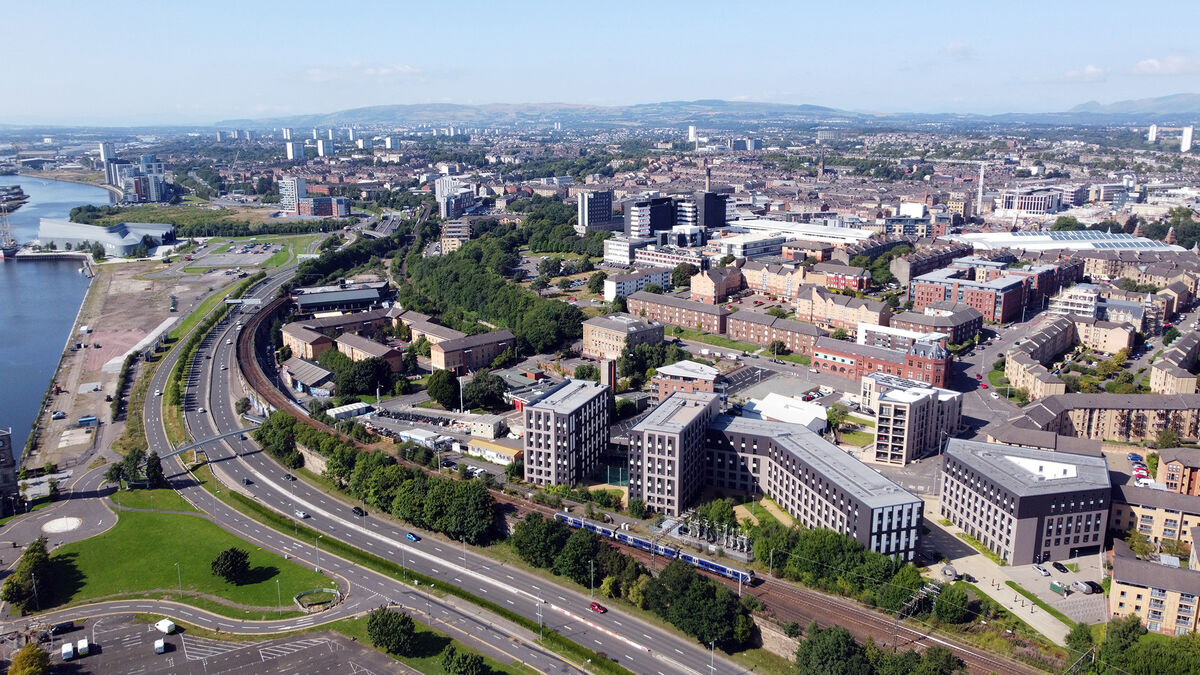 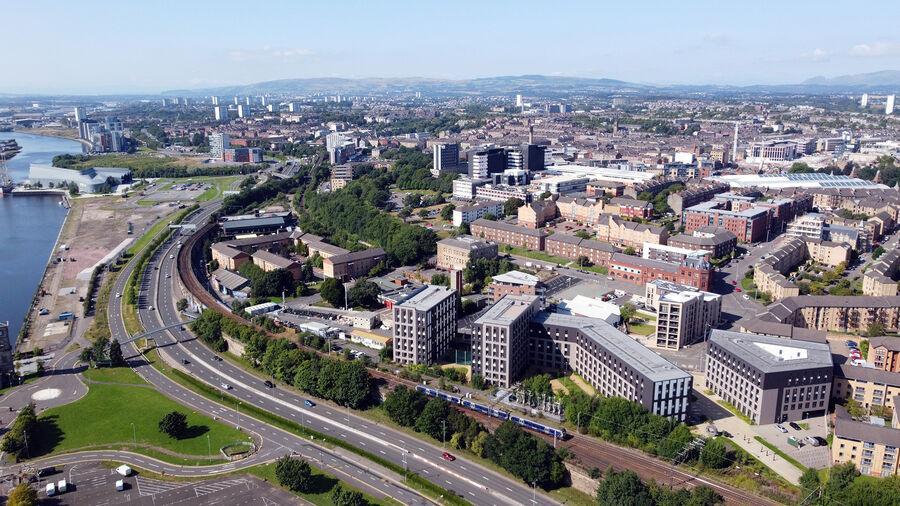 Getting it to stack up

Our client approached us having just purchased the site in a residential area dominated by low-rise tenement property. Financials were based on a feasibility study undertaken by the site vendor, a dense development of four storey blocks. Initial enquiries with the planners had suggested four storeys would be a maximum height. Development funding was coming from a modular manufacturer, and the costs had been agreed on simple four storey blocks. The number of residential units to make the deal stack up was 400.

On initial assessment, Ica flagged up some serious problems with the previous study. There were several significant site constraints including two railway tunnels just below the surface, and dramatic level changes which had been ignored in the feasibility. To maintain the style of low rise block the client wanted to go with, the number of units would fall to below 200 making the development unviable.

We knew that a more creative approach was needed to challenge the planners, the modular supplier and the client’s assumptions about this site.

First, we built a physical model of the wider area and explored more radical contextual analysis. While the immediate neighbourhood was low rise residential there was an opportunity to link the site to larger scale cityscape on the opposite side of the site. The model seemed to transform the planners’ perceptions of the site and opened a new dialogue on height and scale. At least a third of the site was sterilized through constraints, so the only way to compensate was by going high. We also had to work with the modular supplier to ensure the additional height and more dynamic architecture remained buildable.

When planning consent was granted, we had not only recovered the lost 200 units, we obtained consent for over 600 residential units transforming a disaster into a highly profitable development.

Connections to the city

While the immediate neighbourhood was low rise residential there was an opportunity to link the site to the larger scale cityscape on the opposite side of the site.

When planning consent was granted, we had not only recovered the lost 200 units, but we obtained consent for over 600 residential units — transforming a disaster into a highly profitable development.

True Student Glasgow was voted by Cosmopolitan as the third ‘Most Amazing Student Accommodation’ in the UK.

A far cry from the student accommodation of old, True Student features facilities including a gym, a library, a cinema, a coffee bar and a common area, complete with a helter-skelter slide. 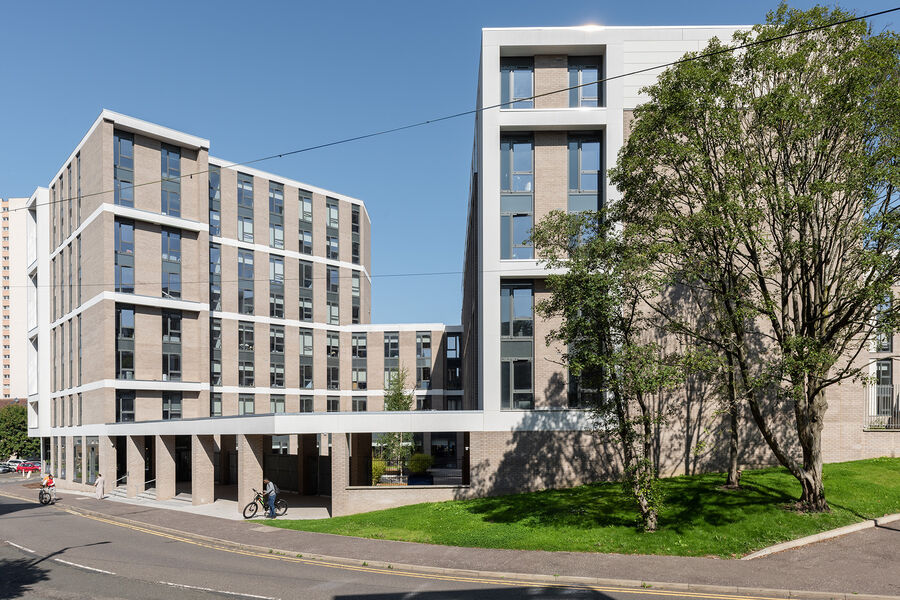 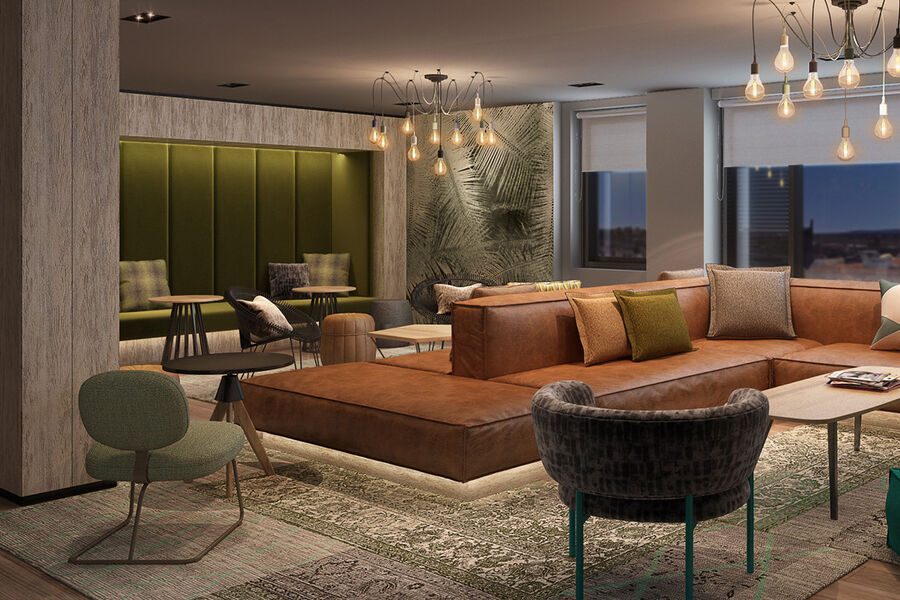 A small footprint packed with clever solutions on a budget, without losing any of the fun 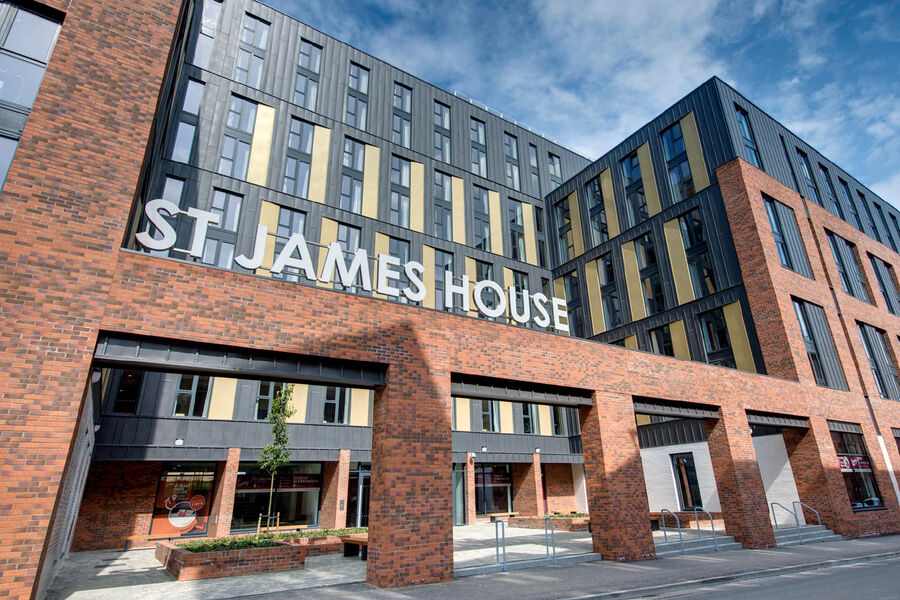