Pushing the boundaries with what is achievable in modular construction 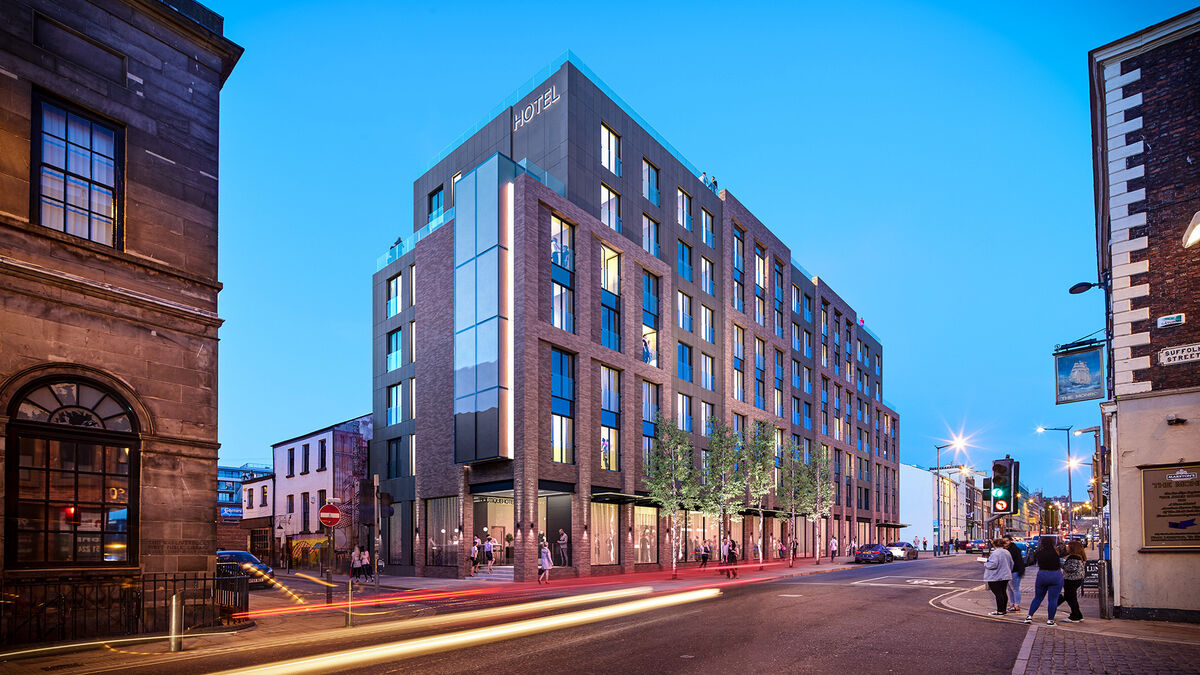 The words 'modular construction' tend to conjure up images of a standardised product which works best when the design is streamlined, and repetition is the key driver of the development, but Ica are fortunate to have been given the opportunity to push the boundaries of modular design past this preconceived notion.

Having worked closely with numerous modular contractors on projects across the globe, we have gained invaluable knowledge and expertise on the design and construction of modular elements. It is this base knowledge that has given us a foundation to explore new and alternative ideas in relation to modular technology to create unique and bespoke solutions for clients.

Utilising modular construction to your advantage within the hospitality sector

There are several obvious advantages to utilising modular construction within the hotel design industry with the added benefit of consistency of fit out and finish that can be achieved with off-site construction in a controlled environment. The efficiency of which is coupled with the repetition of plan that can be found within many hotels where the guestroom design is consistent throughout the building. Whilst these are key issues, we find that there is a pre-judged perception that modular construction methods cannot be utilised on more non-standard or complex projects, but our experience is that there are always solutions to overcome any barrier. As a practice we enjoy working with clients, contractors, and modular contractors to provide innovative ideas which can be beneficial at all stages of the project across architecture and interior design.

Our recently completed Courtyard by Marriott hotel at Inverness Airport is a fantastic example of what can be achieved using modular construction. During the early stages of the project the client proposed that we investigate utilising off site modular construction methods for the guestroom accommodation but as we explored this, we saw an opportunity to take this a step further to deliver a fully modular solution for all upper floor levels as well as a large section of the ground floor area.

In partnership with the modular contractor, we were able to design, fabricate and deliver most of the building using modules which were fabricated in Poland and transported to the site in Inverness. This included all guestroom accommodation, circulation, lift shafts, stairs and ancillary spaces. Having committed to delivering the majority of the project using modular construction we then saw a further opportunity to pre-clad the modules prior to them being delivered to site, fitted to the modules by a specialist cladding contractor in the factory. This meant that the modules would be fully sealed with a complete fit-out internally as well as a complete insulated façade externally. To successfully achieve this, we had to re-shape the way we thought about the workflow, which resulted in us challenging the standard delivery of a project. The early stages of the design became as critical as the construction owing to the fact that large sections of the building were being fabricated and completed long in advance of any on-site activities commencing. This allowed us to challenge our own perception of the design processes, as well as how to lead the design team from the outset of the project to produce solutions to the many unique challenges we faced to deliver a complete modular product.

Working closely with other stakeholders including the local authorities helped to provide them with an understanding of the concept and the construction method. We were able to engage with local planners and building control officers at an early stage to work through several complex problems and move forward with the fabrication of modular elements prior to site start.

Having successfully achieved a fully integrated modular solution, we found that there were several large-scale benefits to the client and contractor. These included the implementation of a condensed programme which was only possible due to large portions of work being completed off site. With work completed both internally and externally there were far less trades on-site and having the façade pre-installed meant that the building did not require costly and time-consuming scaffolding which was a huge benefit. As a result, the client was able to take possession of the completed hotel within just 12-months of site start!

Working closely with other stakeholders helped to provide them with an understanding of the concept and the construction method. We engaged with statutory authorities at an early stage to work through several complex problems and move forward with the fabrication of modular elements prior to site start.

The common perception is that off-site construction methods do not lend themselves to complex city centre sites but on our dual branded hotel project on Duke Street in Liverpool we again provided an innovative solution which allowed all upper floors (levels 01-08) to be built solely using modular construction. The site was particularly challenging due to adjacent buildings and surrounding transport routes which limited the developable area. Due to the constraints of the site, we were unable to fully utilise a standard module size and repetitive grid which meant that we were forced to concentrate on the development of the plan at an early stage to highlight areas where efficient design was possible but also highlight other areas where unique solutions would have to be explored. As a result, there are several areas throughout the building where bespoke modules have been developed and constructed to fit within the site. It is our unique knowledge and experience which allows us to lead the Design Team and offer solutions to such complex problems, resulting in innovative new ideas which respond to the conditions found on each individual site.

One such solution is a unique dual-skinned cladding system designed to allow the modular contractor to fabricate and fully fit out all modules prior to the completion of the façade design and the final selection of cladding materials. Our solution was to create two separate facades which work independently of each other. A fully sealed glazing system is fitted to each individual module ensuring they are then fully wind and watertight allowing for the completion of the internal fit out and delivery to site. A secondary façade is then placed on the outer face of the building and is constructed on site by the main contractor using pre-determined fixing locations at the top and bottom of each module which do not interfere with the glazing system. This then fully seals and finishes the building. This solution has allowed the production of modules to continue within the factory while the technical design and tender process were ongoing.

Hotel brands that require bespoke and site-specific design can sometimes provide a unique challenge for modular construction. As part of our brief, we were asked to create a completely bespoke concept for the hotel interior based on the local area and 'neighbourhood story'. This required the creation of new and unique modular guestroom layouts as well as completely bespoke interior design proposals. The result is an exciting and vibrant end product with various room types and module layouts being used throughout the hotel. The requirement for large-scale suites as well as fitness and meeting rooms has been achieved using a method where multiple modules are joined together on site. Our interior designers and architects worked to create these bespoke room layouts while also resolving issues around the jointing of the modules to ensure this is seamless in the end product.

We continue to innovate and provide exciting new solutions for any project and as a studio we relish the opportunity to push the boundaries of design and construction. Our vast level of experience with modular construction gives us a distinct advantage in ensuring the construction method does not limit the design possibilities or impact on the guest experience. 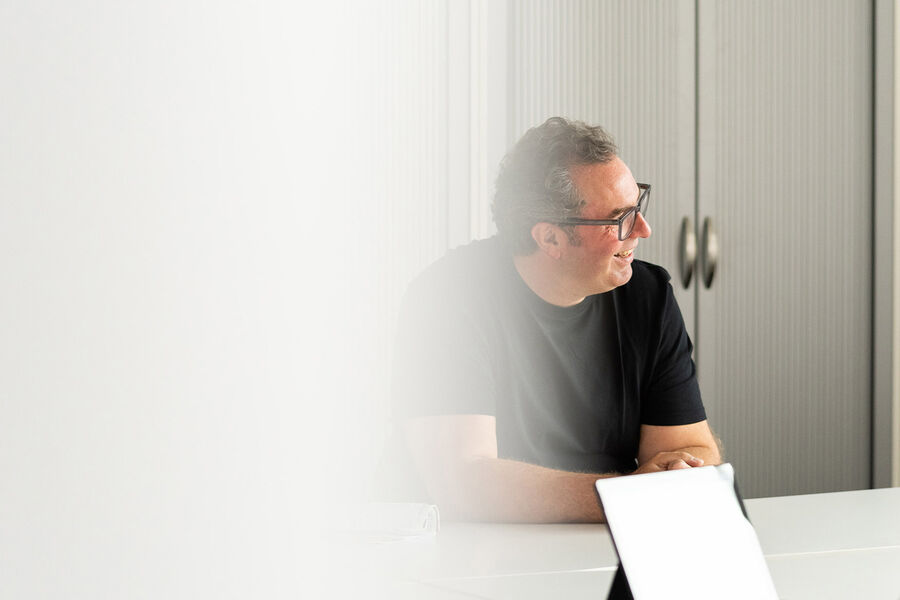 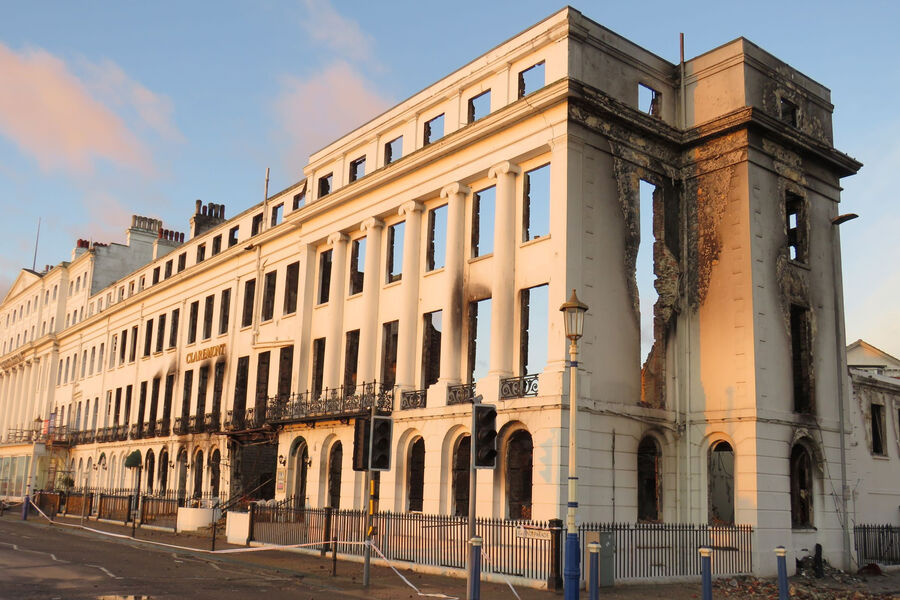