A tale of two façades 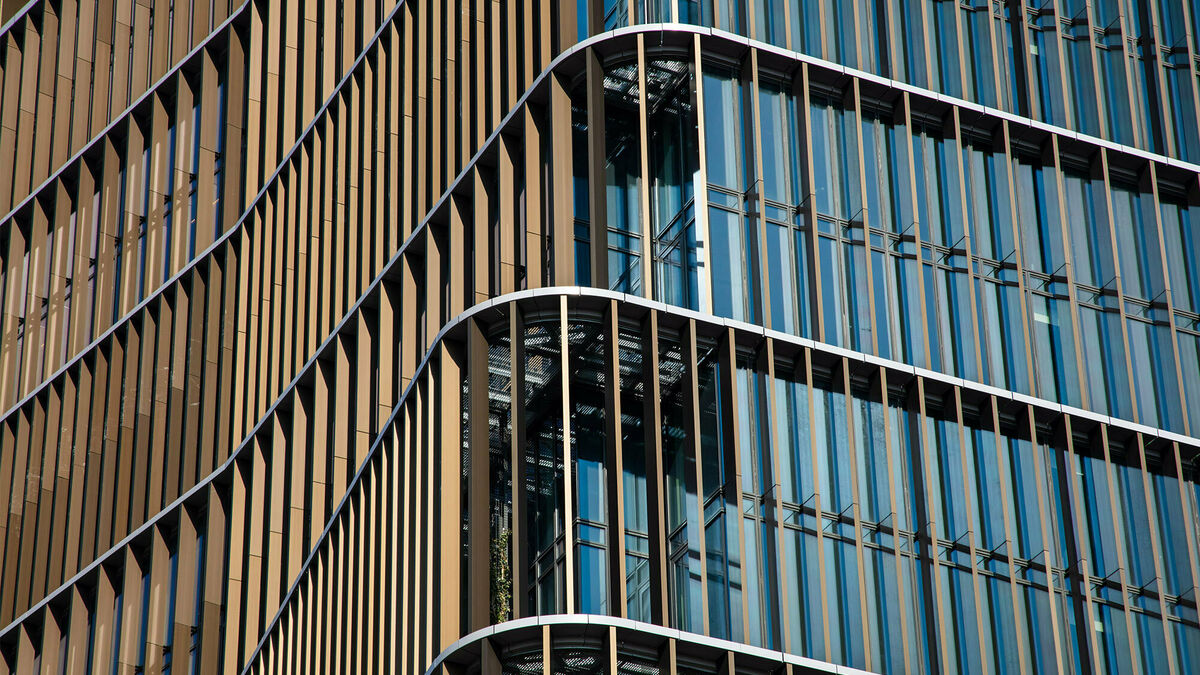 There's been a visible thread running through a series of projects designed by our studio in recent years. Each of these projects has a double façade — an inner and outer skin.

This thread is best seen in the outer skin of fins which wrap our Gantry Hotel in London’s Olympic Village of Stratford; it's seen in the variated opaque glass screens of the Virgin Hotel on Edinburgh’s Cowgate; it's seen in the Jacquard loom-esque punched corten panels of our Moxy hotel in Manchester’s Spinningfields and finally in the soaring decorated arches which mark the Marriott Tribute hotel on Edinburgh’s Princes Street.

Taking the Gantry Hotel as an example: the hotel’s sinuous outer skin of fins which curve and undulate in plan give the hotel an amorphous appearance in stark contrast to the rectilinear facades that dominate the area. But this outer skin hides a secret. It hides the fact that the inner skin in made from simple straight sections of glazing and spandrel. With the final sleight-of-hand being that structurally the building is completely linear and regular.

So why go to all this effort? Apart from the hopefully unforgettable aesthetic impact — the outer skin makes the hotel into a living, changing object. The path of the sun through the day creates a constantly shifting dynamic of light and shadow and at night the light shining out from the bedrooms and the public areas create intriguing patterns against the warm toned, copper-coloured fins.

The interplay of inner and outer, primary and secondary façades is fundamentally about more than just that. It is about the connection of interior experience to the exterior.

The warmth and the welcome

Sitting on the historic Cowgate and echoing the rhythm of the long-disappeared tenements which used to line the street, are two new facades which aim to breathe new life into this long-neglected stretch of street. The two facades are composed of an inner skin of aluminium and glass and an outer skin of printed glass panels. This secondary façade of printed glass panels has been designed with differing levels of opacity — each featuring a high-resolution photo of a slab of finely grained sandstone, the same stone which will form the side gables and courtyards of the hotel. This inversion of one of Edinburgh’s most iconic of cladding materials sees the normally flat and dull stone turned into a back-lit beacon.

Seen from the Cowgate it will be a warm and inviting façade which imparts a feeling of intrigue, warmth and welcome.

But again, there is a practically behind the design. The Cowgate is a busy and often noisy stretch of road linking the popular and lively Grassmarket area with Scotland’s political heart of Holyrood. Therefore, this secondary façade, which is occasionally punctuated with open sections of balcony, provides much needed acoustic and visual separation and protection for the hotel's guests.

Located within Manchester’s Spinningfields district the Moxy Hotel is a Corten clad tribute to the area’s textile past. The horizontally banded façade contains a series of secondary panels and fins which again both screen and enliven the inner façade. The outer skin of panels are decorated with a series of punched square holes — this pattern is a direct echo of the Jacquard Loom ‘cards’ which were used to control the mechanism that automated the pattern created within the looms.

The hotel is squeezed into a tight urban site in Spinningfields — an area which has undergone a radical transformation and densification in the last decade. The hotel is overlooked on three sides by commercial office developments which comprise of large clear glazed facades just meters away from the hotel. The need to screen and protect the hotel guests again was a primary design objective.

Our designs meet the demands of designing from the inside out — for the guest the double skin is a very effective device to reconcile these two often conflicting parameters. A solution that allows design elegance to live alongside pragmatic efficiency.

Nestled between two imposing listed buildings on Edinburgh’s Princes Streets sits our interpretation of Victorian decoration, splendour and storytelling. This reinterpretation of the iconic Princes Street façade sees a stacked series of double height soaring arches appearing almost free-standing from the inner skin of the Marriott Tribute hotel behind. The arches recall the arched openings within the neighbouring building whilst again inverting the idea of the traditional solid stone façade.

Again this ‘secondary façade’ is more than just an aesthetic add-on. These pre-cast arches also create a frame of one of the most iconic views in the world — the view from Edinburgh’s New Town towards the Old Town and the Castle. And again, much like with the Virgin Hotel on Cowgate the set-back and separation create a visual and acoustic buffer to the busy shopping street.

This is an approach which sees a building’s façade as something more than just a water-tight envelope — it reenvisages it as an integral part of the experience of the hotel.

But this thread, seen in the described interplay of inner and outer, primary and secondary façades is fundamentally about more than just that. It is about connection. The connection of the hotel guests interior experience — heightened through fantastic interior design — to the exterior. A connection to place, to community, to shared experience and understanding.

A tale of two façades 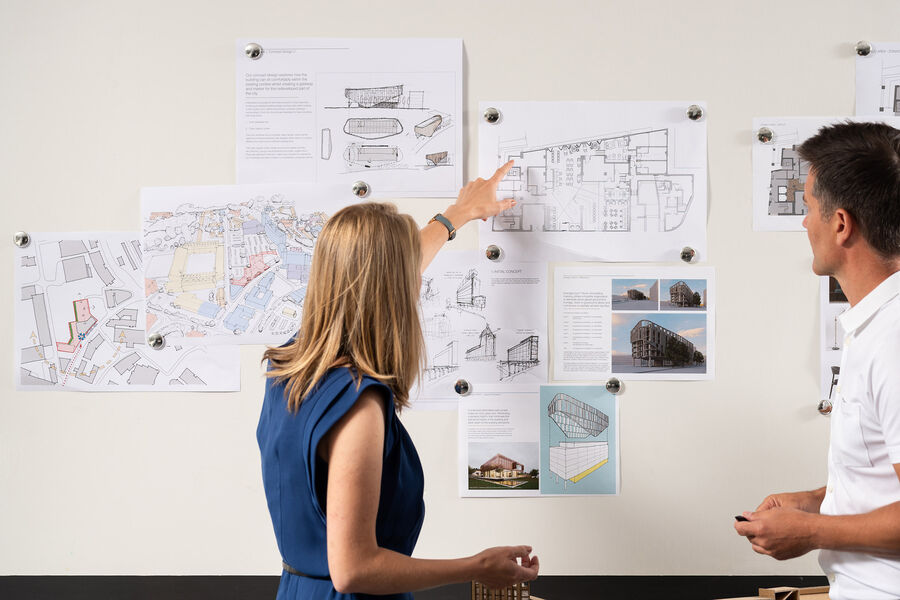