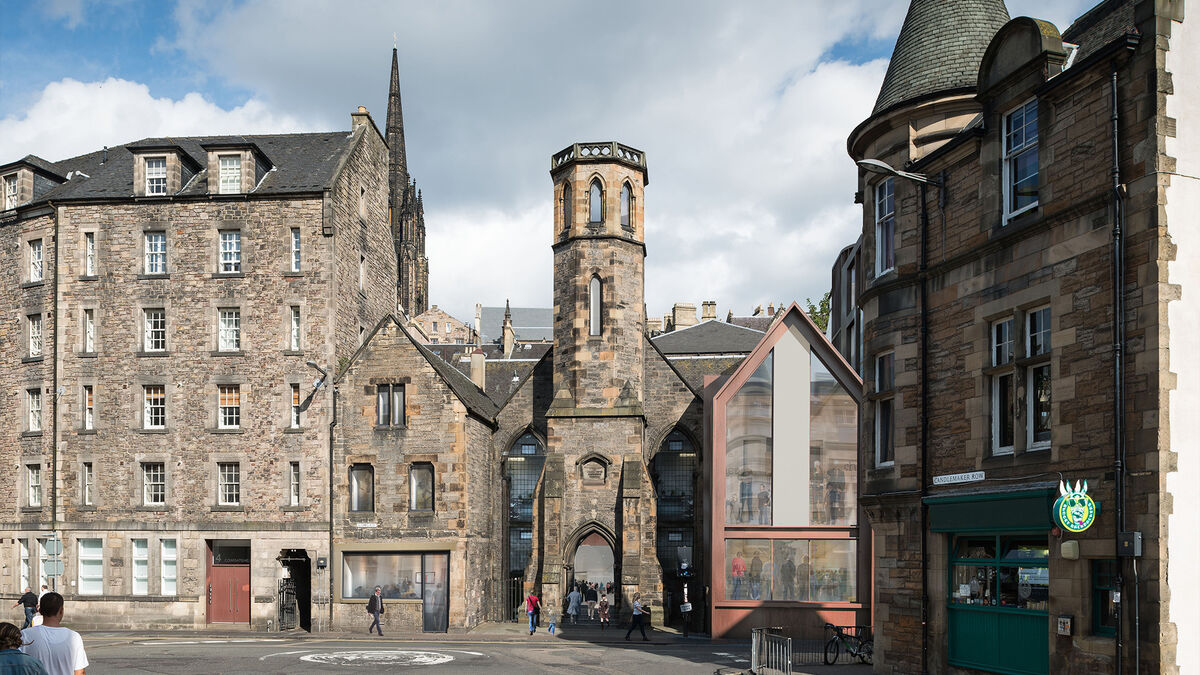 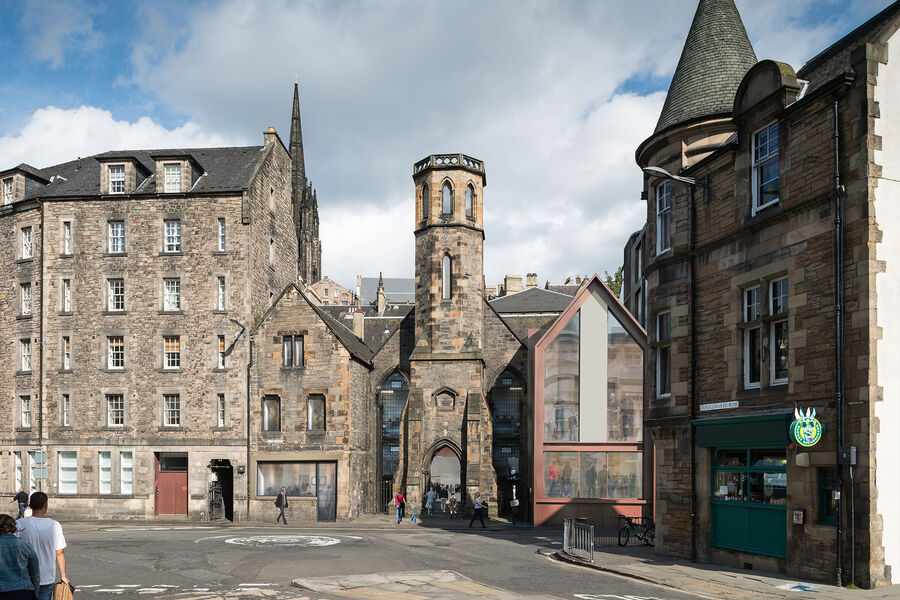 How do you create a luxury hotel across three listed buildings in a UNESCO World Heritage Site?

And how do you achieve that when you’re incorporating the exceptional India Buildings on Edinburgh’s Victoria Street — one of Scotland’s most iconic thoroughfares?

Designed for Edinburgh’s past and future
Our Managing Director, Susannah Macneill, first sketched the design in 2013. As with any planning proposal in a World Heritage Site, there was a lot of feedback, but our design won out. The key — we created a high-end hotel to showcase contemporary Edinburgh, without undermining the architectural style of the surrounding buildings.

Our approach begins with a design that is entirely in proportion to the scale and tone of the townscape — sympathetic, but never apologetic.

From many vantage points, this is a hidden hotel. To achieve this we had to understand a range of constraints and concerns, then meet them head-on with creativity. One example: we created digitally printed glazing to bring light to the rooms, while presenting a stone outer skin to the street.

However, this was not just about exceptional design in a heritage area — the site had to operate as a profitable hotel. We assembled a team of consultants to conduct in-depth feasibility assessments and find out what we could realistically achieve with the space. This helped us to balance design, technical and commercial concerns.

Planning for the unexpected

The location includes a gap site that had lain unused for more than 50 years. It also included three listed buildings on the Buildings at Risk Register — there wasn’t a single straight wall between them.

We simply didn’t know what we would find when work started on site.

Our solution: split the works into two distinct packages. First, we prepared the site and secured the buildings. The excavation unveiled significant historical artifacts — including siege weapons that have re-written the city’s history. Archaeologists dated some of the finds to the 10th century, and the team even uncovered a portion of the original city walls.

Now, with the biggest unknowns resolved, contractors had the certainty they needed to accurately cost the project.

Throughout construction we provided exceptionally detailed drawings which we updated almost weekly. This is far beyond what is needed on most projects, helping us build an exceptional working relationship with the contractor.

Of course, there were still daily discoveries. We worked closely with contractors to adjust as new challenges emerged. With our in-house technical ability and our incredible network of consultants, we made swift changes to keep the project on track. 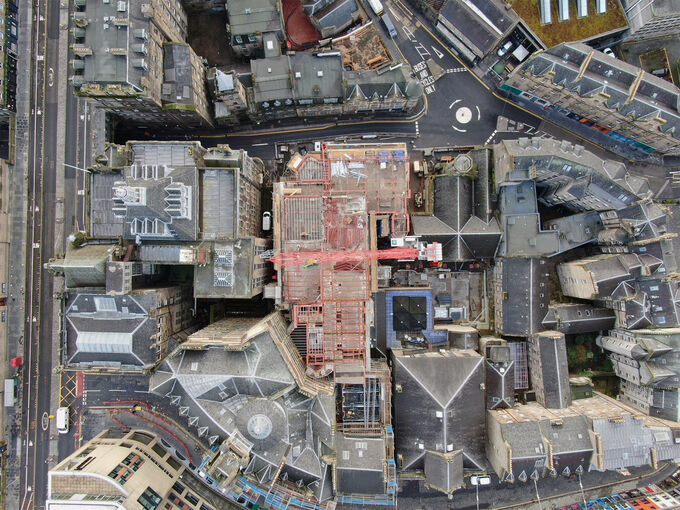 Our approach begins with a design that is entirely in proportion to the scale and tone of the townscape — sympathetic, but never apologetic.

History and style in a labyrinth of luxury.

Ica preserved the building’s history and original details but imbued it with a fresh modern look.

An interior that’s anything but hidden

We collaborated with Virgin to bring their concepts to life in all the unique spaces this hotel offers.

This was about extending the architectural concept to the interior design, at once enhancing the features of three listed buildings — but at the same time anchoring everything in the experience guests have come to expect from Virgin Hotels. It’s about working to a creative brief rather than following a prescriptive set of standards.

The result: high-end pieces alongside the playful, the dramatically modern alongside the enduringly classic — all conceived and procured with an eye on the operational reality of a busy city centre hotel.

The 225-room hotel incorporates the 19th-century India Buildings, on Victoria Street in Edinburgh's Old Town. The hotel will be home to multiple bars and restaurants, including one of the brand's flagship Commons Clubs.

A space for everyone to enjoy

This is far from an ordinary hotel. It’s an experience that captures the very best of Edinburgh, blending the character of the 18th century Old Town with the city’s contemporary style.

Crucially, there is something here for visitors and Edinburgh residents alike. At the top of the hotel, there’s an elegant rooftop bar with dramatic views of Edinburgh Castle — a match for the skill on display at the centrepiece show kitchen. We also created a spectacular bar and event space which opens onto the courtyard on Cowgate, with a design which resurrects two of Edinburgh’s historic closes.

In fact, there are stunning features throughout the hotel: the timber-panelled corridor leading to reception, the exposed stone in the restaurant, and the suspended glass bridge that links two parts of the hotel. This is a location to inspire awe.

The existing grandeur of the exterior is reflected inside to enhance features of the structure while anchoring everything in the signature Virgin experience.

We worked closely with contractors to adjust as new challenges emerged. With our in-house technical ability and our incredible network of consultants, we made swift changes to keep the project on track. 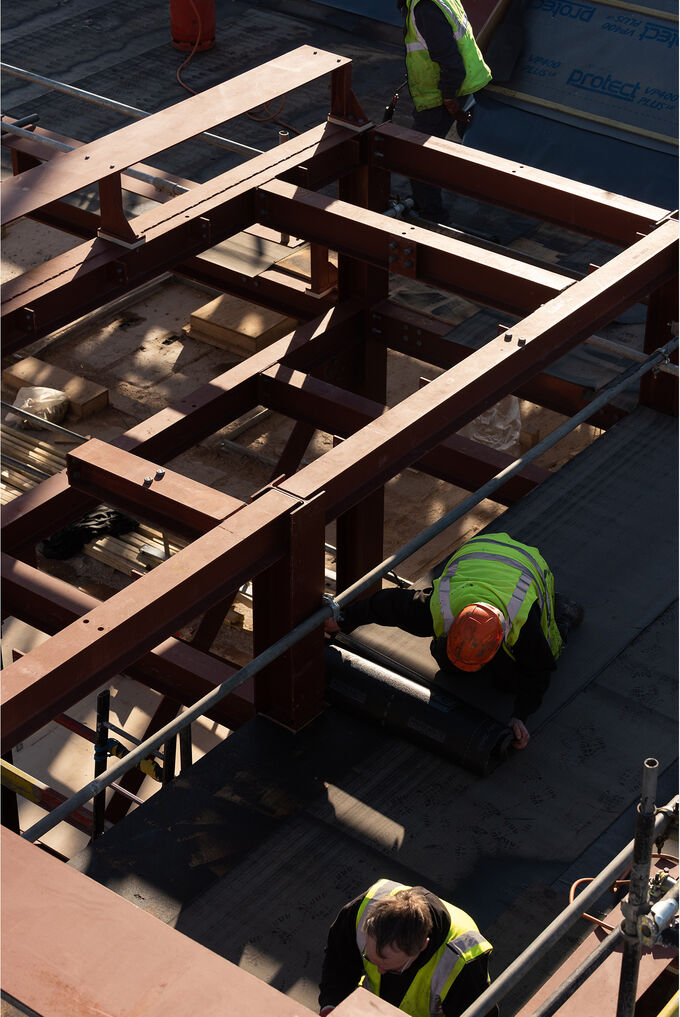 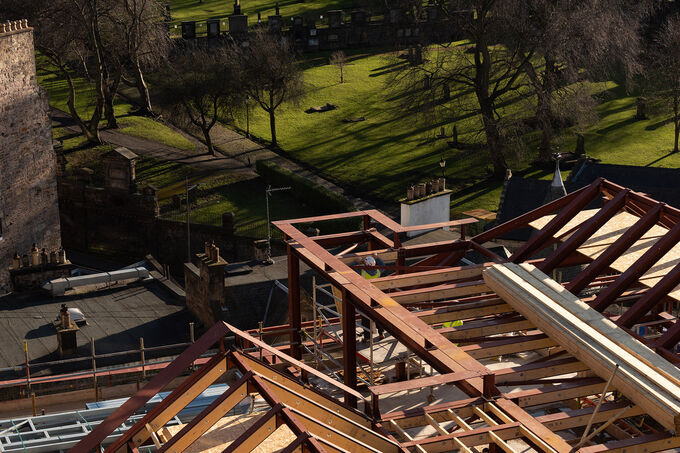 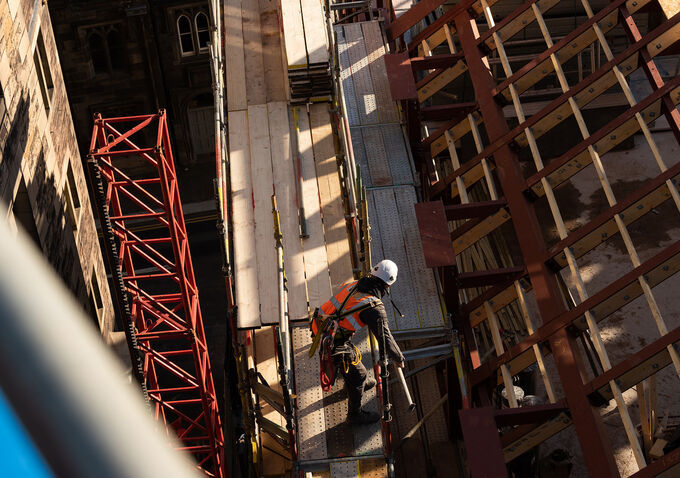 Edinburgh is such an iconic city and we’re thrilled to be able to say it will be the home of the first Virgin Hotel in the UK and across Europe.

Founder of the Virgin Group 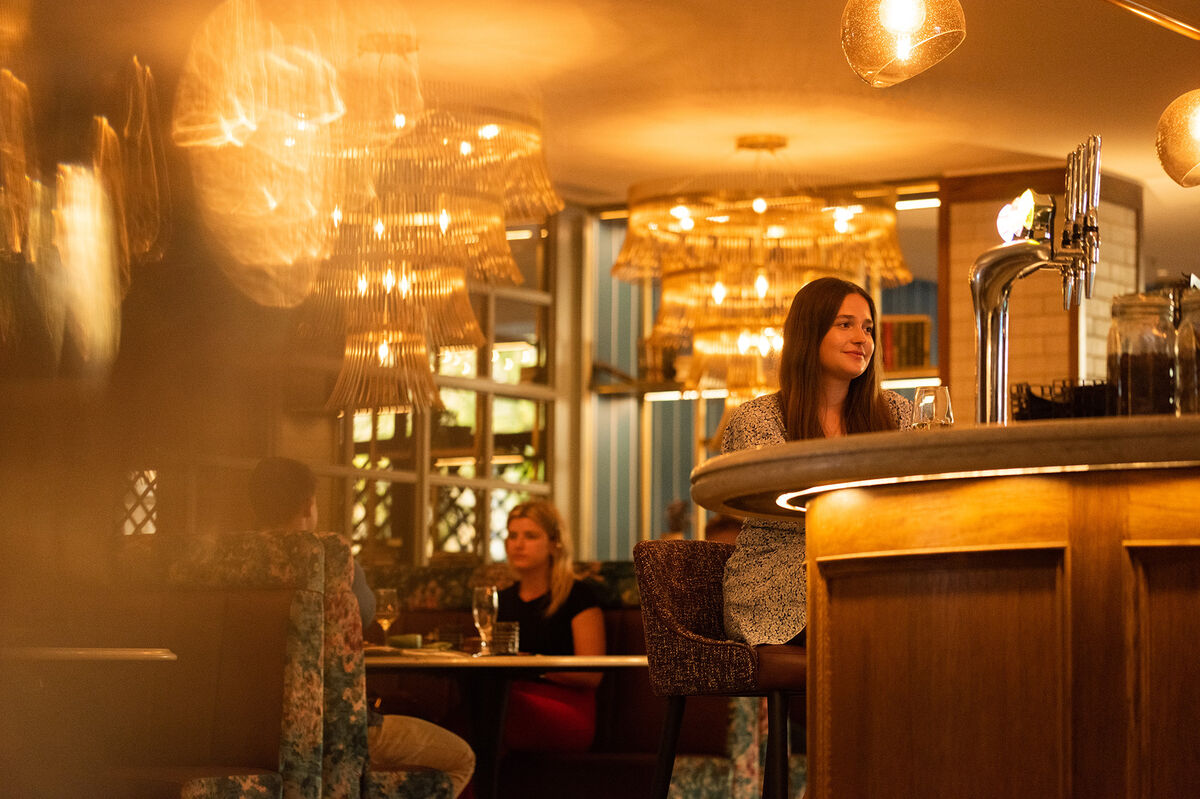 In creating a secret garden, we reinvented what was formerly the weakest part