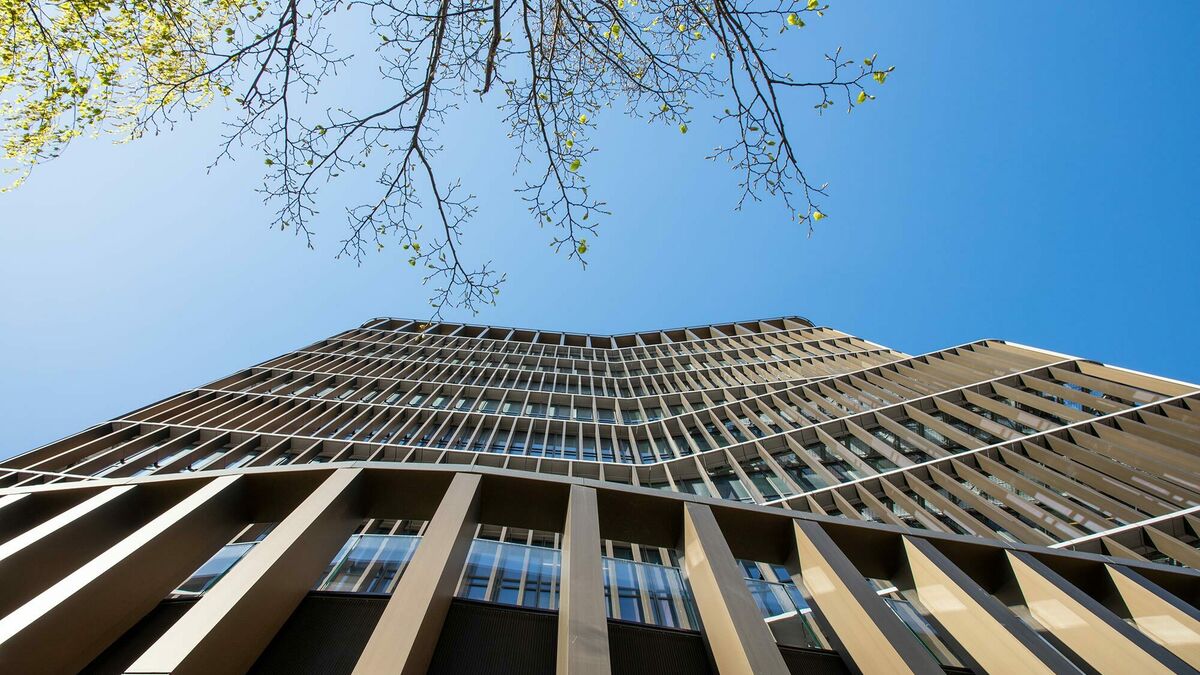 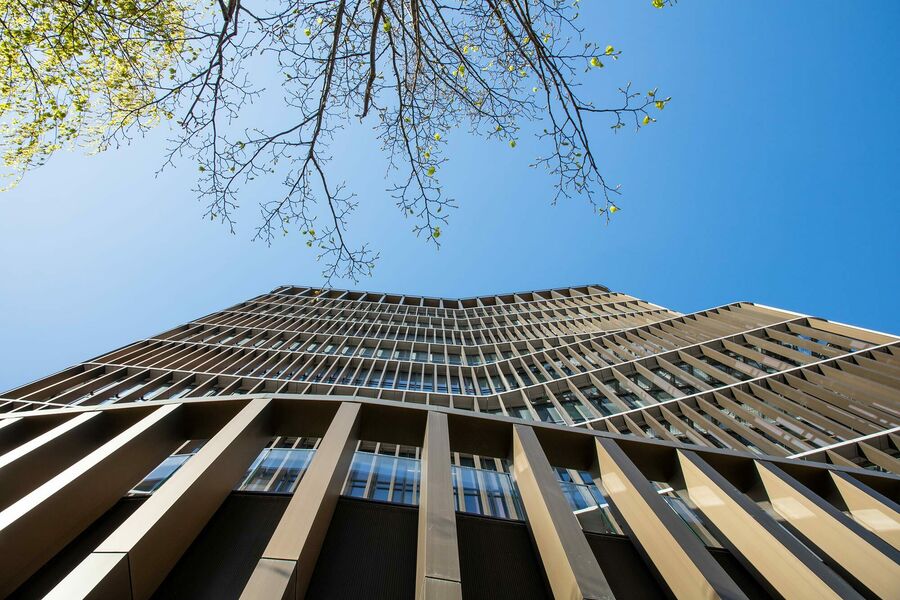 The Gantry at Stratford’s Olympic Park is proof that an exceptional concept can also be straightforward to build — and profitable to operate.

The story began in 2008, when we won a design competition to create a hotel for the Olympic Park in Stratford, England. The team at Ica was then asked to design a hotel to match the evolved brief.

A product of collaboration
We started by exploring identity and place. Not only did we arrive with a sense of what was possible architecturally, but with a bold interior design concept showing what we felt the hotel was possible of becoming. In it, we explored Stratford’s changing role as market town, centre of the UK’s locomotive industry, and site of the 2012 Olympics.

It was in this industrial evolution that we found the heart of the hotel’s personality — and the realisation of the client’s vision. And so the interior concept of playfully contrasting the industrial with the luxurious informed the direction of the architecture, which in turn fed back into the interior as the project moved on.

The bold exterior hides a practical secret – inside is a straightforward, easy-to-cost glass box – a decision which allowed contractors to price the build accurately.

The Olympic Park sets an almost impossibly high standard, with a planning committee that included some of the UK’s preeminent design experts. All this was amplified by the need to create the missing piece of an intricate development jigsaw.

We also had to make sure the hotel would be simple to build, as well as being profitable to operate – perhaps not what you would expect on first sight of the sweeping, sinuous exterior we created. Formed by slim vertical fins reminiscent of railway lines, the vertical form is counterbalanced by curved horizontal elements — there are simply no straight lines, at least not until you know where to look.

That’s because the bold exterior hides a practical secret — inside is a straightforward, easy-to-cost glass box — a decision which allowed contractors to price the build accurately. Around this box we created the fins. In fact, our concept completely changed the nature of the build, based on a system which unified the building’s glazing units with the fins. It’s much like slipping a birdcage over the main structure, a design which made the sensational, buildable.

Our approach also increased the site’s potential as a branded hotel — more than doubling the original key count and significantly boosting the gross internal area. This is creativity, profitably applied.

Designed to be built

The Gantry’s main structure is independent from its fins. This allowed our client to tender each element separately, minimising risks and reducing costs.

By developing a close relationship with the client and contractors, we advanced the project in a collaborative, cost-effective way. We embraced a flexible approach throughout — even adapting our designs to incorporate an enclosed terrace space which will add significant commercial value for the operator.

We also worked with steel engineers to install further fins around the exterior of the Skybar. The result is a fitting flourish for a design that is a worthy companion to Olympic Park’s many exceptional buildings.

The play of light and shadow 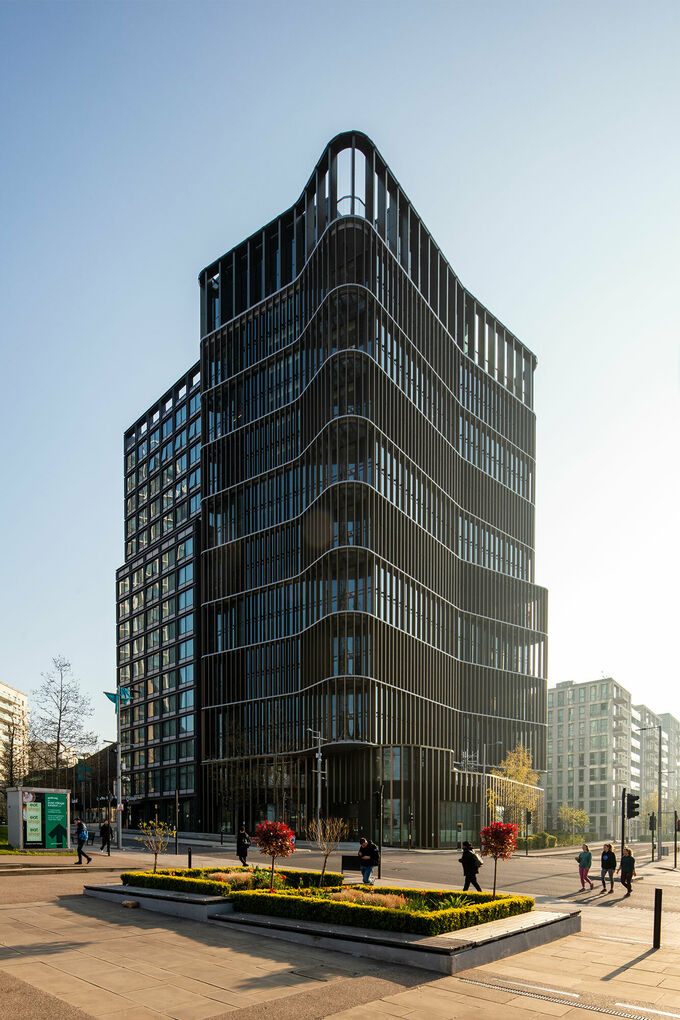 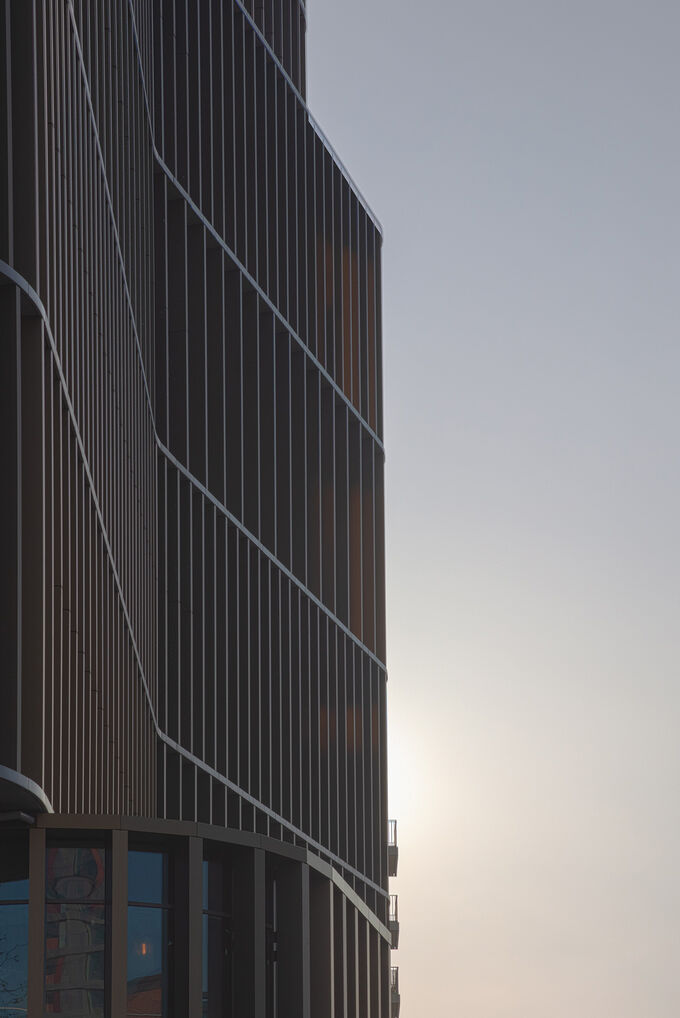 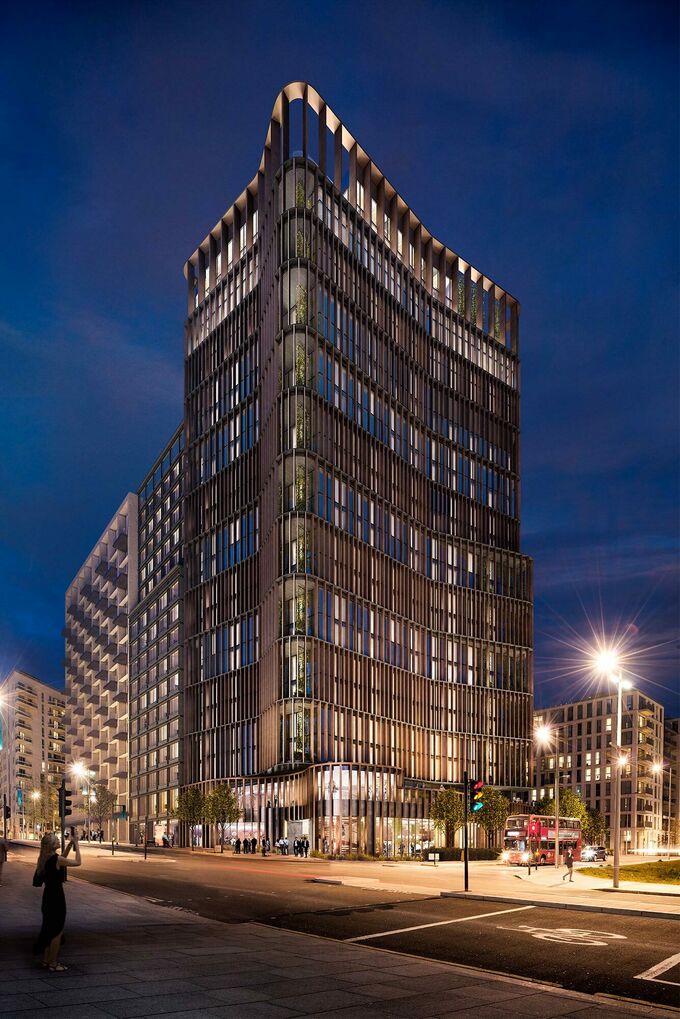 Reflecting the outside, inside

From 1840 until 1991, the site was home to Stratford Railway Works. While there’s a link to this in The Gantry’s finned exterior, inspired by our initial design concepts — it also feeds back into the hotel’s final interior design.

It was the perfect fit for the Curio brand, and pushed us to find new ways of appealing to the curious traveller. We began by considering the variety of light and space in the guest rooms afforded by the incredibly efficient floorplate. This allowed us to capitalise on panoramic views of Stratford — while also bringing a sense of warmth and intimacy, all designed to offer a genuine sense of escape.

Individuality is everywhere in our design. We avoided trends and stuck with styles true to the site — often juxtaposing old and new, smooth and rough, light and dark. For example, the grandeur of a reclaimed chandelier meets the intimacy of personal check-in spaces — while luxurious velvet-clad furniture meets industrial touches. Elsewhere, the rivets of the copper nightstands play against the antique travel chests serving as ottomans.

Ica were the only choice for us on such an important project. Together we were able to find expression to a vision that we are immensely proud of. 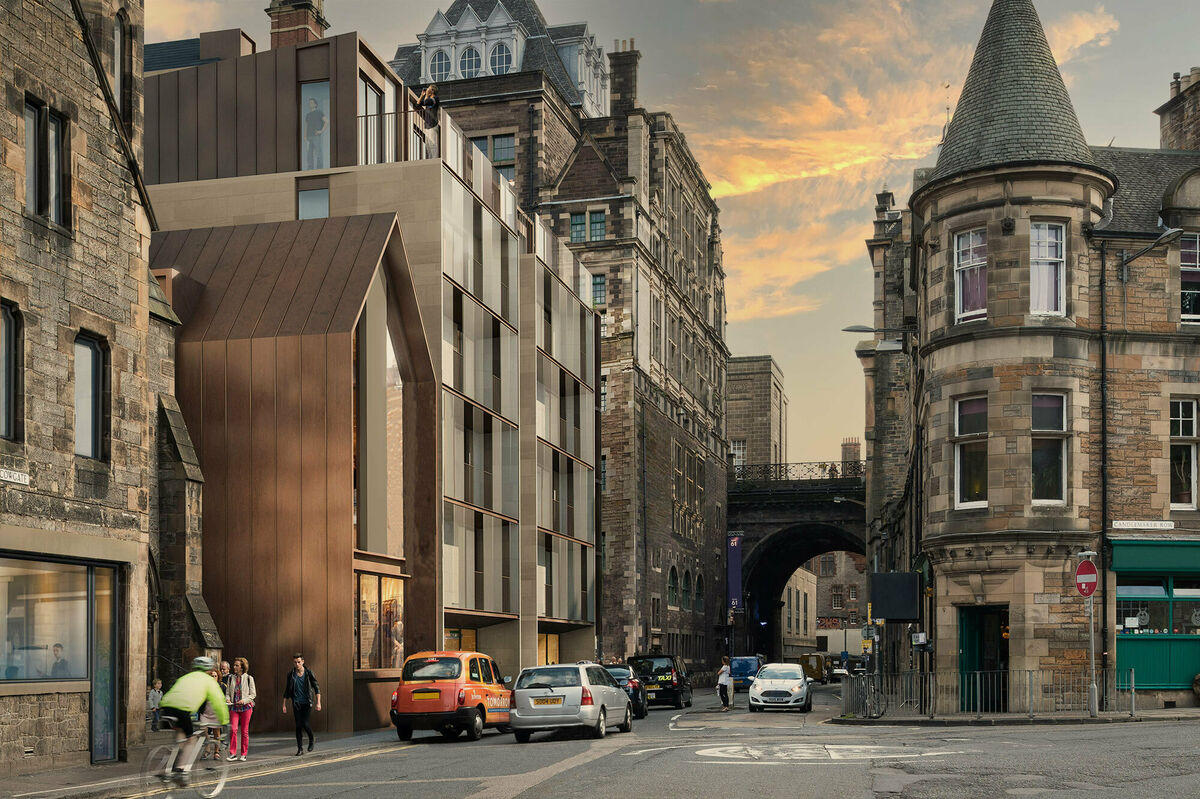